Renault chiptuning - The company of the Renault brothers was founded in 1899 by Louis, Fernand and Marcel Renault. The group is rapidly becoming one of the largest vehicle manufacturers - one of the reasons why Renault chiptuning was developed. In addition to automobiles they produce trucks, boat engines, tractors and even aircrafts. Especially the history in Formula 1 reminds us of Renault chiptuning. Known models are e.g. Twingo, Clio or Megane. The Talisman represents the top model of the brand.

Renault chiptuning - The foundation of the French company dates back to 1898 and the brothers Louis, Ferand and Marcel. The first model was simply called Type A, and sold well. Renault began producing commercial cars early on, so Renault chiptuning was also developed for commercial cars. With the huge selection of cars ranging from small cars like the Twingo to vans like the Espace, everyone will find what he is looking for and paired with Renault chiptuning, the models are an almost unbeatable team. 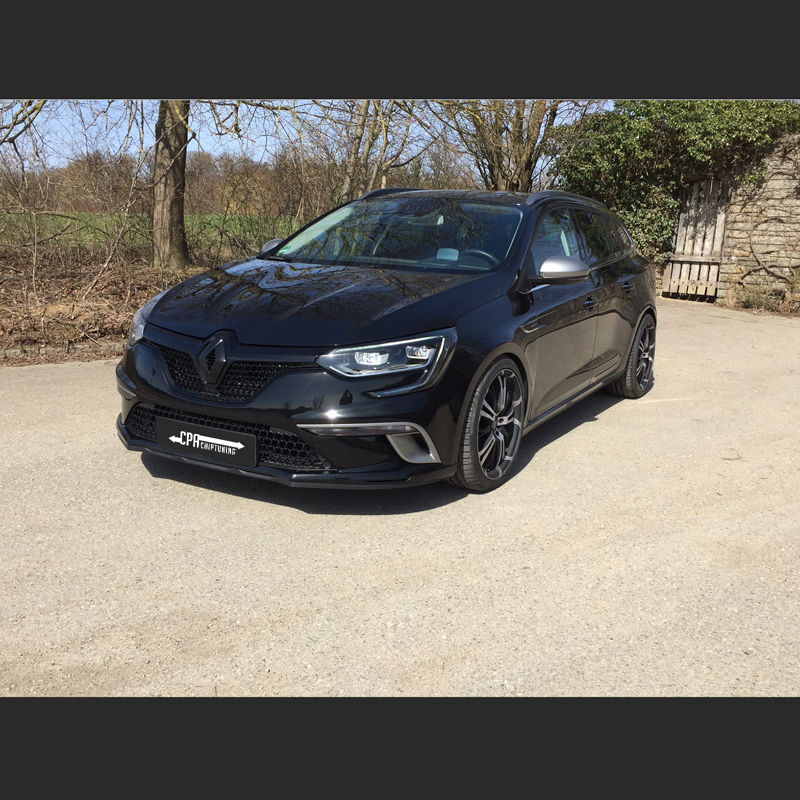 Due to the specially developed engine specific software up to 204 HP of performance increase are possible. The average consumption can be lowered by up to 1 L thanks to the CPA PowerBox. Chiptuning by CPA can improve performance and driving pleasure. 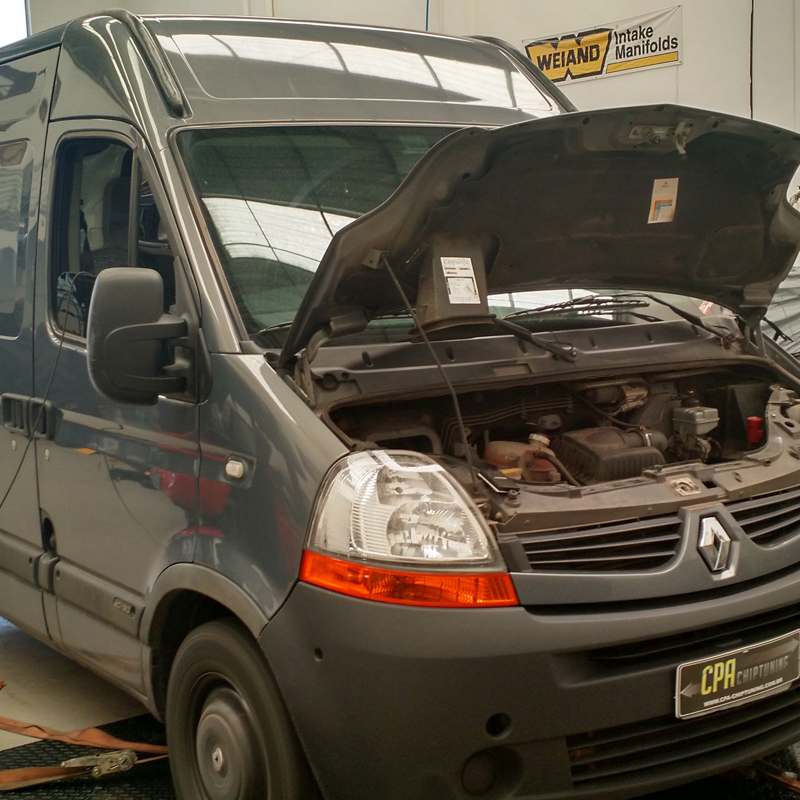 Increased torque for the Renault Master. Up to 365 NM are possible. Improved pulling power for the Renaults Master dCI 100 FAP. The pedalBox is a novelty which provides extra control. 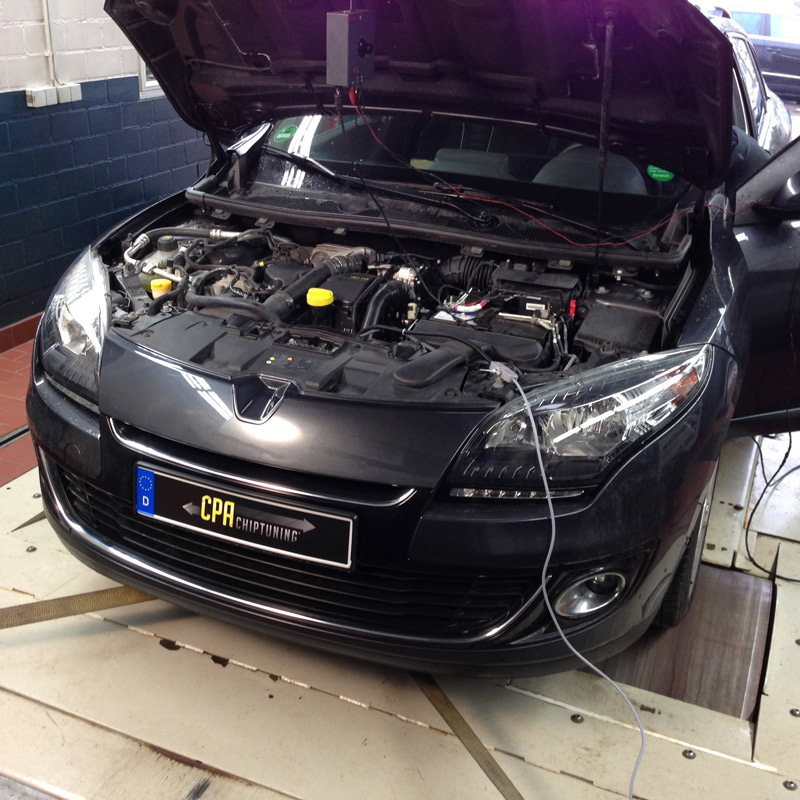 The Renault Megane with 23% increased performance by the CPA PowerBox / tuning box. 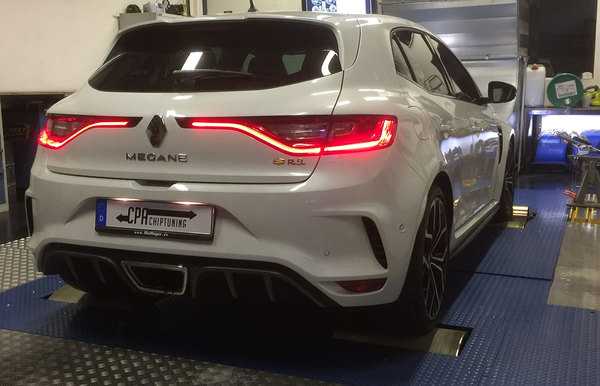 With the Renault Megane RS and the CPA PowerBox rally feeling comes on the road. Equipped with racing technology and the additional power of up to 63 hp and 87 NM, the Megane mutates into a cornering predator. 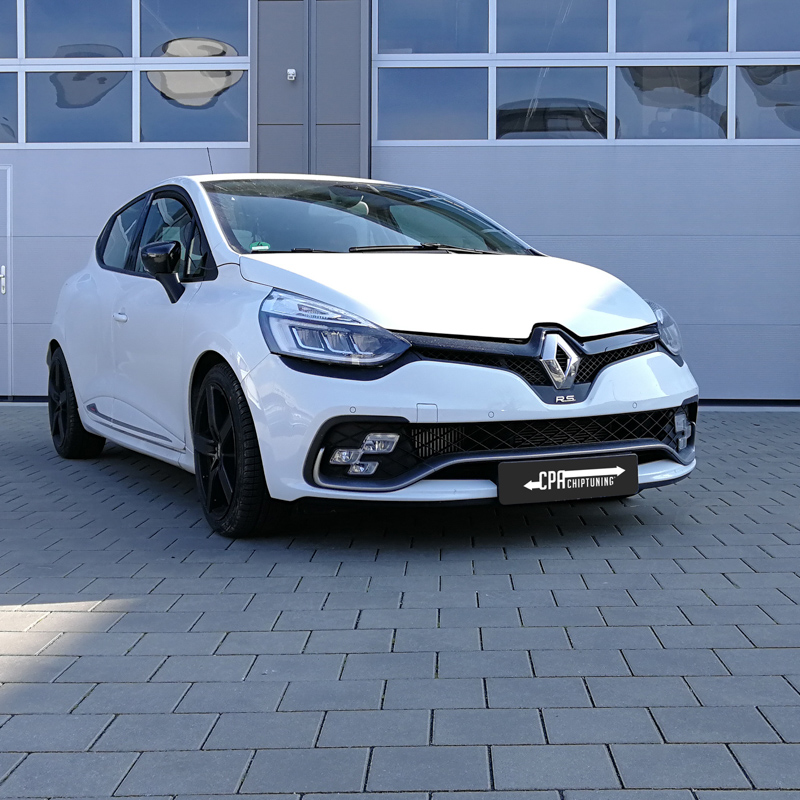 Thanks to the CPA PowerBox the Renault Clio RS Trophy now offers up to 277 HP and 353 NM. These impressive performance data are accomplished by the specific developed engine software for the Clio RS. 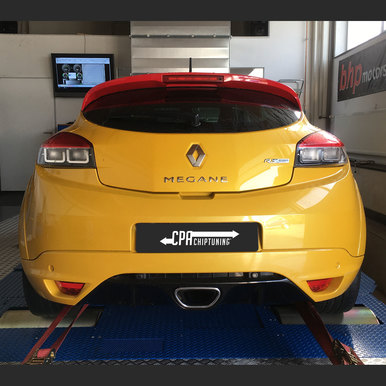 he historic sports department of Renault brings the Megane RS true rally feeling on the road. CPA has put on the 4-cylinder hand and brings thanks PowerBox up to 69 hp and 91 NM extra power from the unit.